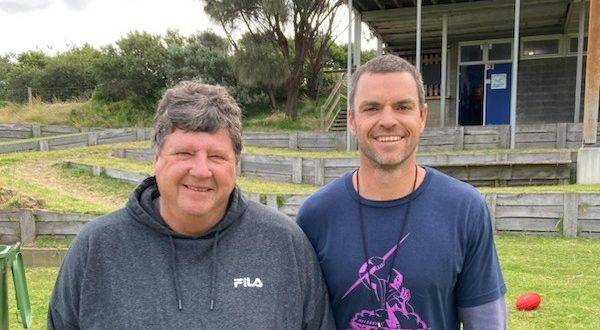 Barwon Heads Football and Netball Club are thrilled to announce that former Senior Coach Peter O’Connor has been appointed Colts Coach for the 2023 season. Peter was a successful and highly respected coach for three seasons and led the Seagulls to a finals appearance in 2014. Recently Peter has been Senior Coach at Portarlington.

BHFNC are looking to revitalise its Colts program after the club fielded a joint Colts side with St Mary’s in the Division Two of the GFL in 2022. BHFNC is also excited that club legend and former Senior Coach and Captain Bobby Wallace will be Assistant Coach to Peter O’Connor and will work in tandem to revitalise our Colts program for the 2023 season.

BHFNC Football Director Brendan Curry stated “I have always had a strong belief that the more high quality people you can attract into your club, the better you become. It is great that Peter O’Connor has accepted my invitation to coach our Colts and to work in tandem with Bobby Wallace. Peter has vast experience and will form a great coaching team with Bobby as the club is committed to again fielding a stand alone Colts side in 2023.”

Peter O’Connor stated “I was pleased to be approached by Cuzz about getting involved with the Under 18’s next year. I have coached at that level before and found it to be both rewarding and challenging. At that age, most of the boys are playing their last year with their mates and for some, their last year of footy. Either way, my aim is to make next year as enjoyable and memorable for them as possible.

The other exciting part of the role for me is to work with Bobby Wallace. Having watched and coached Bobby as a player, I know he is passionate about both the game of football itself as well as the Barwon Heads Football Netball Club. I am sure we will work well together to give the boys an opportunity to become better players and more importantly better young men.”

Last night (Monday) also saw Matthew Scarlett make his first appearance at senior training after a recent overseas trip. BHFNC are thrilled that the club have two highly respected and experienced coaches in Matthew Scarlett and James Garvey on board as Assistant / Line Coaches to Senior Co Coaches Mitch Herbison and Sam Schaller.