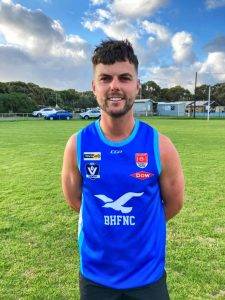 NICKNAME: Waiting on the lads to come up with one

FAVOURITE FOOTBALL MOMENT: Winning back to back premierships with North Ballarat City in 2013 & 2014

REASON BEHIND JOINING BARWON HEADS: After spending four years away from the game and recently moving to the area, I thought joining the local football club would be a great way to meet new people and get involved with the local community. I have heard nothing but good things about Barwon Heads Football club!

FIRST IMPRESSIONS OF BARWON HEADS: A really close knit club – everyone has been super welcoming and I’m really excited to be involved in the club this year being it’s centenary year!

FOOTY AMBITIONS IN 2022: First and foremost, I just want to have fun and enjoy playing footy in a club environment.  My competitive side will be looking to win a premiership though! 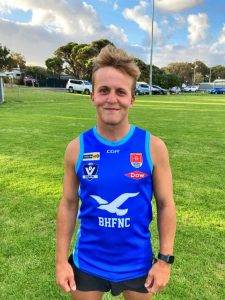 FIRST IMPRESSIONS OF BARWON HEADS: Love it, excited to play under nuttsy for a year

FOOTY AMBITIONS IN 2022:  Win a flag with a bunch of legends 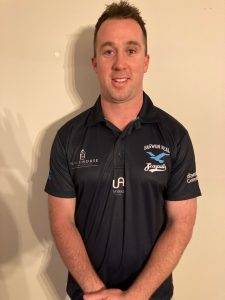 REASON BEHIND JOINING BARWON HEADS: Grew up on the same street as the Harvey brothers and known willo and Sammy Baker since I was a teenager. So was keen to play with all of them, as well as moving into the area just over a year ago.

FOOTY AMBITIONS IN 2022: Just to have a some what normal season compared to 2020 & 2021 I am sure the rest will take care of itself if we can get out there and play every week.